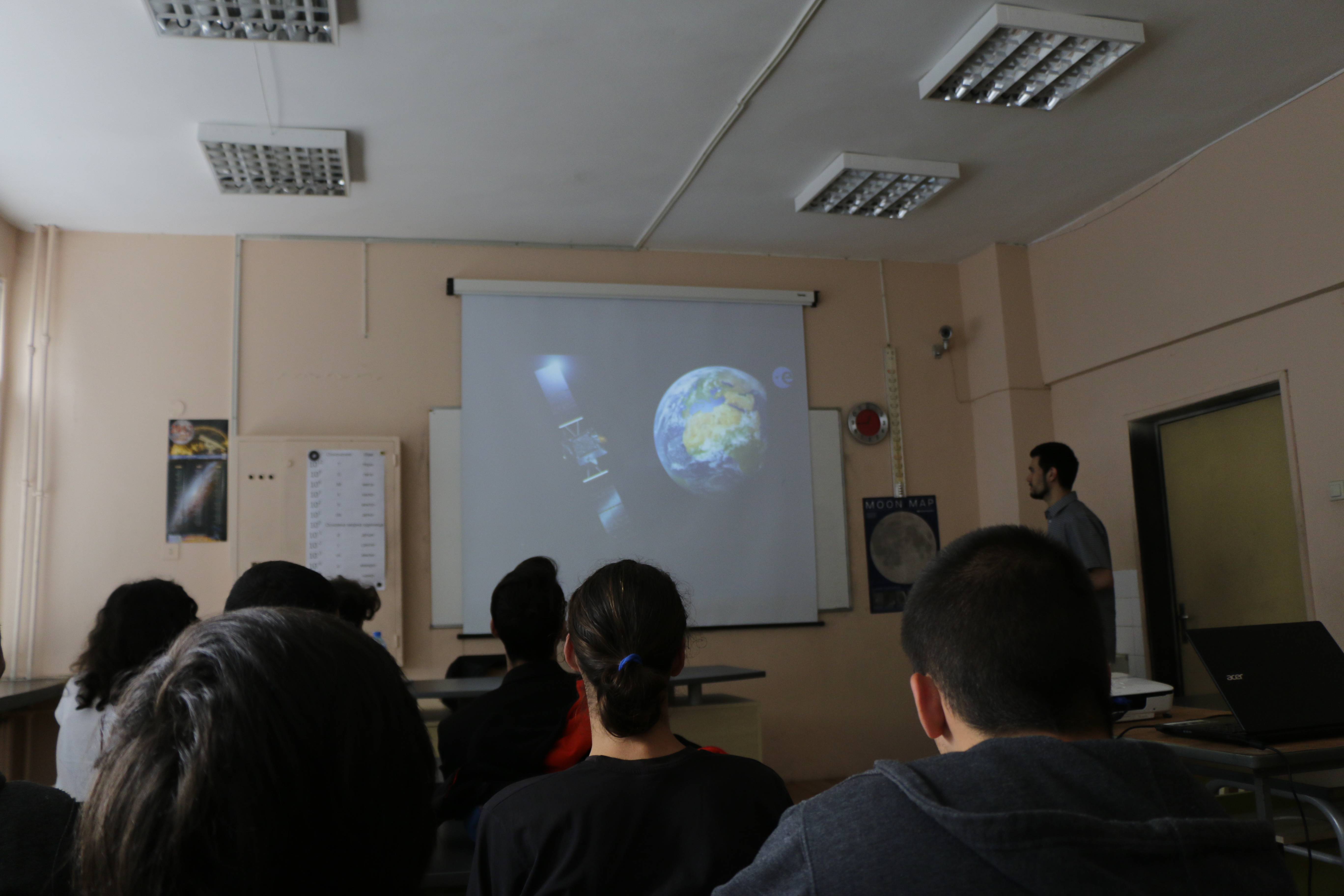 We visited National Gymnasium of Natural Sciences and Mathematics in Sofia, where we gave a lecture about ESA’s programmes and missions, and Aerospace Engineering.

Many of the students were specializing in physics and so we emphasized on the scientiffic missions and their operations and goals, such as the Planck satellite, the Rosetta mission and Bepi Colombo. 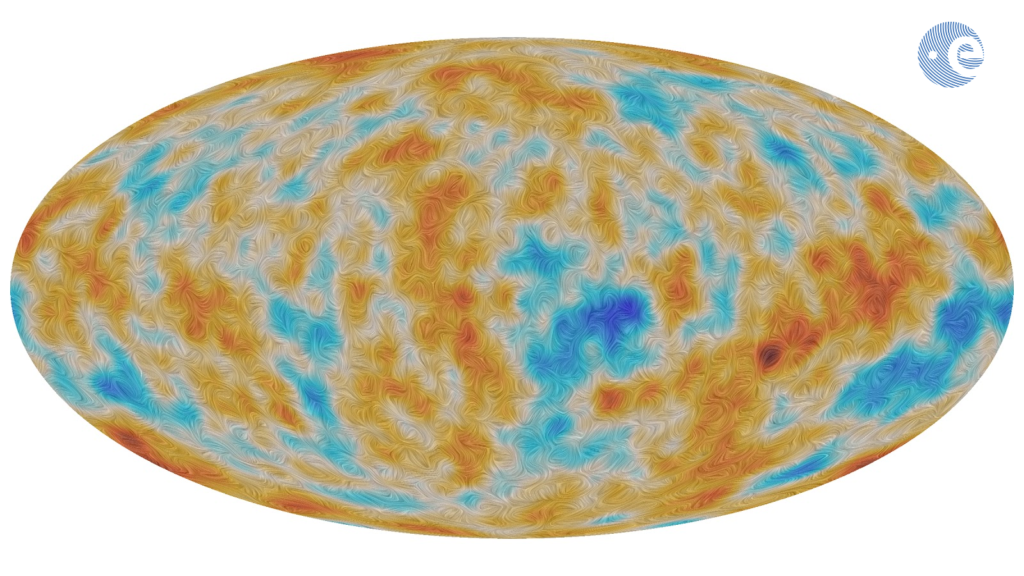 We also spoke about the basics of satellite engineering and how satellites have progressed over the years. We watched a video of an Ariane V launching Gallileo satellites into orbit, and explained each stage as it was happening. 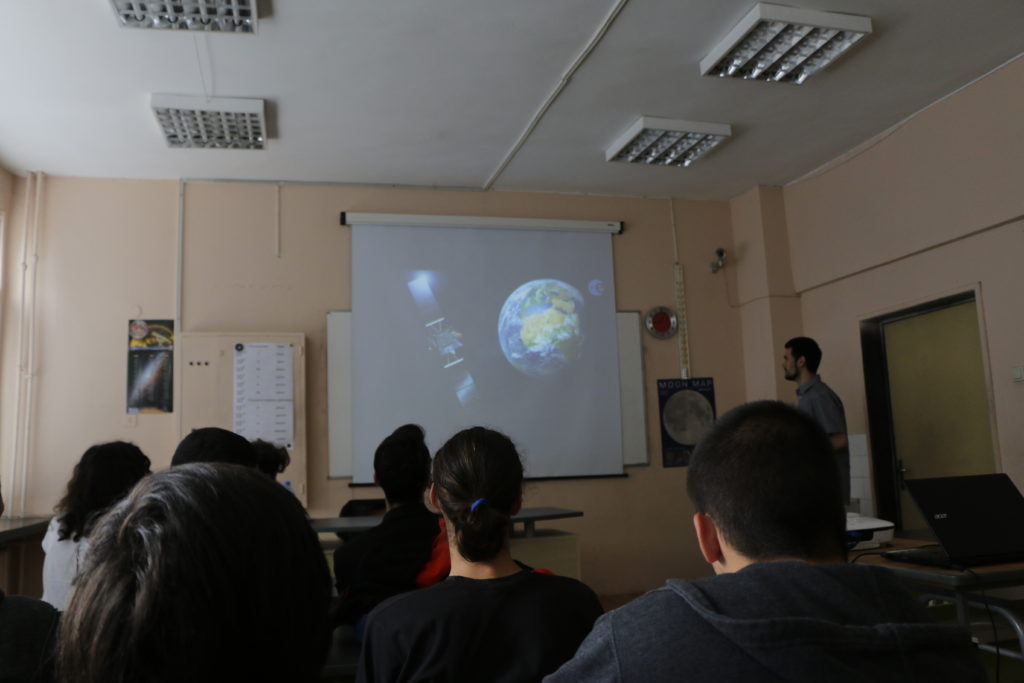 Although this was the last planned school event for the Space4BG project, the enthusiasm for Space was as high as always and we were invited for more similar events in the future!